Bhiwadi is majorly a census township located in the Tijara tehsil of the district of Alwar in Rajasthan. Bhiwadi is considered to be a major industrial hub and fall under the Delhi NCR region. Bhiwadi lies at a distance of 70 kilometers from the city of New Delhi and the distance of Bhiwadi from Gurgaon is around 49 kilometers. 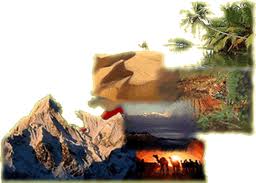 Bhiwadi, earlier used to be not so popular city. But, today owing to its tremendous growth, more and more people are moving to the city. According to Census India reports, the population of Bhiwadi in 2011 was 104,883; out of which the number of males are 59,757 and females is 45,126. Growth in population is expected further.

Weather in Bhiwadi can be said to be extremely hot during the summer months and extremely cool during the winter months. The hottest months experienced in the city are May and June while December and January are the coldest months. Rainy season is experienced by the people of Bhiwadi during the months of July and August. The average rainfall measured in the area is about 60 centimeters. Maximum temperature recorded during the summer season is 46O to 48O Celsius and the minimum temperature is about 2O to 4O Celsius. The wind velocity is about 5 kilometers per hour, humidity is 70% and the height above the level of sea is around 268.70 meters.

The physical features of Bhiwadi are quite astounding. The Aravali Mountain is the only mountain that is found to be located very close to Bhiwadi. There are no such deserts found in the city so it can be said that the only desert that can be mentioned in this category is the Thar Desert. There are three lakes that are found to lie in close proximity to the city of Bhiwadi and they are Silliserh Lake, Jaisamand Lake and the Saagar Lake. Kalisindh River is one river that can be mentioned in the category of Rivers in Bhiwadi because of the fact that there is no such river that is found to be located or passing through the city of Bhiwadi. All in all it can be said that the topography of Bhiwadi is ideal for people to live and also for industries to be set up.

Dams and Canals in Bhiwadi

The only dam that lies very close to Bhiwadi is Mahi Dam which lies at a distance of about 18 kilometers from Bhiwadi. The dam is found to be constructed amongst beautiful surroundings and the entire environment is quite picaresque. Dams and canals in Bhiwadi are not many in number and continuous efforts are being made in the direction of fetching some new dams and canals in the area.

The Geography of Bhiwadi is quite interesting since there are several physical as well as natural features found in it.