In the name of physical features such as mountains, lakes, rivers, oceans and seas in and around Bhiwadi, there are a very few that can be mentioned. 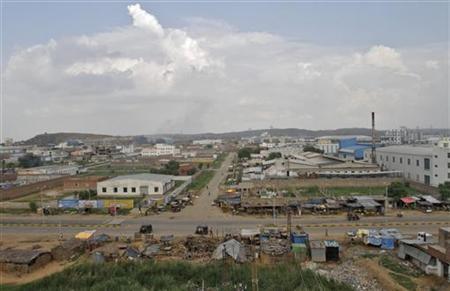 The visitors find the Sariska-Alwar-Amber belt of mountains to be the best sight for trekking in Bhiwadi. This mountain belt is the only mountain that is found very close to Bhiwadi and is visited by large groups of visitors during the winter months every year. Trekking is an activity that is quite popular in Bhiwadi and it is only because of this reason that the city welcomes trekkers every year. Another group of mountains that lie very close to the Bhiwadi in the Alwar district of Rajasthan are the Aravali Mountains. The Aravali range of mountains appears in the form of prominent land shapes throughout the area of Rajasthan especially the Alwar district.

The Thar desert lies at a distance of 525 kilometers from Bhiwadi and therefore it can be said that there is no such desert that can be described being located very close to Bhiwadi. It takes around 7 hours and 57 minutes to reach the Thar Desert from Bhiwadi.

Visitors who pay a visit to Bhiwadi are of the view that Silliserh Lake is the best lake that lies very close to Bhiwadi. There are four other lakes that lie close to Dharuhera which is a city that lies at a distance of 5 kilometers from Bhiwadi. There are four other lakes that lie at Pataudi. The most popular of all the lakes in Dharuhera and Pataudi are the Damdam Lake in the area called Pataudi and the Badkhal Lake in Dharuhera. There are three major lakes found very close to Bhiwadi and the Alwar district under which Bhiwadi is located. The three lakes are Silliserh Lake, Jaisamand Lake and Saagar Lake and they have been detailed below:
It is a very beautiful lake that covers an area of about 7 square kilometers. It was built by Maharaja Vinay Singh in 1845. The reservoir and the lake itself were constructed by the king for the usefulness of the people living in the Alwar district of Rajasthan as the lake could be used for the channelization of water. The lake also consists of a beautiful palace that was made by the king for his much loved queen or wife named Sheela. This entire area was used in the form of a palace and even a hunting lodge.

It is located very close to the city of Alwar and it is considered to be one of the most popular spots for picnic near Bhiwadi. The lake possesses a very huge embankment that is 1.5 kilometers long. It is strongly believed that the Jaisamand Lake was constructed for arresting the water soak from River Rupara and the lake is also considered to rank second among the largest artificial lakes across Asia. The lake also possesses a small island in the middle that renders a wonderful sight to the visitors who visit the lake.

It  is found to be situated behind the great City Place located in the Alwar district of Rajasthan and Alwar is the district that even comprises the city of Bhiwadi. This lake came into being in the year 1815 and it still withstands the test of time with the old tradition of feeding the pigeons which is still followed at the lake. The Saagar Lake is considered to be a lovely lake accommodating some of the most gorgeous cenotaphs and marvelous shrines on its edges. The entire look of the lake is quite rejuvenating.

There are no such important rivers found in the city of Bhiwadi. The only river that can be mentioned under this topic is Kalisindh River which lies at a distance of 683 kilometers from Bhiwadi.
To conclude, it can be said that the physical features of Bhiwadi are abundant in their form and in their appearance and they also add great beauty to the landscape and the location of the city of Bhiwadi.

Physical features of Bhiwadi mainly constitute of lakes and mountains and it can be said that the topography of the city is quite undulating.

Explore more about Geography of Bhiwadi