Transportation in Bhiwadi is found to be very well-developed and maintained. Bhiwadi is a city that is located in the Tijara tehsil of the district of Alwar and it is also a city that is very well-connected to some of the most important cities of India like Gurgaon and Delhi. The city of Bhiwadi lies in close proximity to Delhi and Gurgaon and it is only because of this reason that it falls under the National Capital region of Delhi. 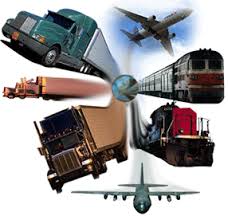 Airways and Airport in Bhiwadi

Bhiwadi is a city that is located at a distance of 55 kilometers from the Indira Gandhi International Airport located in Delhi. The government of Rajasthan is looking forward to setting up a completely new airport for cargo close to the city of Alwar along the Mumbai-Delhi Industrial Corridor. This airport is being planned so that the industries in Bhiwadi can be enabled and at the same time it would also connect the cities of Alwar and Delhi which would result in an explosive growth in Bhiwadi.

Roadways and Highways in Bhiwadi

The Rajasthan State Road Transport Corporation or RSRTC, established in the year 1964 looks after the bus routes and the bus terminals located in Bhiwadi. Bhiwadi itself does not possess any bus stand and the nearest bus terminal to Bhiwadi is located in Gurgaon. However, there is another bus terminal called Palwal bus terminal located at a distance of 54 kilometers from Bhiwadi.

Railways and Railway Stations in Bhiwadi

Trains from Bhiwadi to other important cities:
There are no trains on a regular basis from major cities of India to Bhiwadi and most of the trains are found passing through Bhiwadi.

There is a very good network of local transport found in Bhiwadi. There are numerous means of local transportation in Bhiwadi ranging from buses to auto rickshaws. A lot of intra-state and inter-state buses ply from Bhiwadi to other important cities of Rajasthan. Another very popular transportation mode found in Bhiwadi is the Jeep that plies on intra-city routes. Open jeeps are also found in abundance in the city. Auto rickshaws form the most important local modes of transport in Bhiwadi along with the cycle rickshaws.

Bhiwadi still does not possess a metro but the Union Government has announced the connection of Delhi to Alwar via Bhiwadi and Rewari Metro Train which will soon be launched.

Distance of Other Cities from Bhiwadi

Transportation is found to be well developed in the city of Bhiwadi and large scale progress is also being made in this field.