Home city guide tourist spots in and around bhiwadi

Tourist Spots in and Around Bhiwadi

Bhiwadi is popularly known as an industrial town and it is a part of the district of Alwar in Rajasthan. Bhiwadi lies very close to Delhi and it is only because of this reason that it is considered as National Capital Region or NCR. The geographical position of the town and the growth that is taking place in the number of industries being located in this town are playing an important role in attracting professional as well as personal tourists to this town. Bhiwadi is a town that is very hot during the summers and the temperature is around 46 to 48 degrees Celsius and it is completely the opposite during winters when the temperature is around 2 to 4 degrees Celsius and it is chilling outside. The town of Bhiwadi is very small but at the same time it is economical and it also possesses some of the most wonderful and beautiful tourist spots that are visited by people who take a tour of this city. 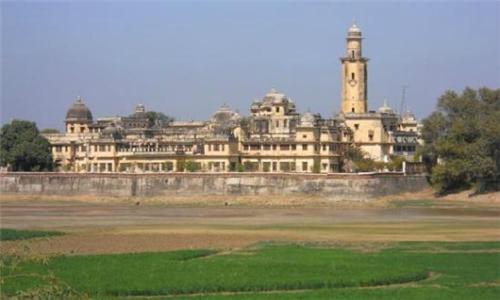 Some of the most exotic tourist destinations located within the city are the following:

The Vijay Mandir Palace lies at a distance of 10 kilometers from the Alwar district under which the town of Bhiwadi lies and this palace was built by Maharaja Jai Singh in 1918. The palace consists of 105 rooms, rippling lake in the front of the palace and even a garden that has been lid very beautifully. The Vijay Mandir Palace premises also consists of a temple named Sita Ram Temple which is visited by a large number of devotees during the festival of Ramnavmi. The upper floor of this palace has been converted into a museum while the ground floor is used in the form of government offices and district courts. There is a prior permission required from the Secretary of State in order to pay a visit to this palace.

Jaisamand Lake is located at a distance of 6 kilometers from the district of Alwar that houses Bhiwadi. The Jaisamand Lake ranks second among the artificial lakes found in Asia and it consists of lush green hills and valleys on its edges. Jaisamand Lake now consists of an island resort called Jaisamand Island Resort that helps visitors get a panoramic sight of the surroundings that are quite picaresque. The Jaisamand Lake lies amidst the surging Aravalis and the whole sight is completely breathtaking. The entire area around the lake and even the lake itself possesses pristine natural wonder and beauty added with the chirping of birds and the sights of some of the rarest of animals in the nearby sanctuary.

The resort offers various types of dining facilities to its guests and at the same time it also arranges bird watching trips and boat rides for the guests who stay at this resort. The guests who like to remain indoors can also enjoy facilities like health club, billiards room and swimming pool.

The place at Silliserh is a water palace that has a lake surrounding it and it was built by Maharaja Vinay Singh in the year 1844. The lake and palace both lie at a distance of 13 kilometers from the district of Alwar which consists of Bhiwadi. The lake is found to be surrounded by hills that are low wooded and it also serves a route to a place called Sariska. The lake that surrounds the palace is found to be located amidst low hills and it covers an area of 10.5 square kilometers. The lake is also found to be surrounded by dense forest and some very huge monuments on its banks. The place is believed to have been built by Maharaja Vinay Singh for his beloved queen Sheela.

The palace at present stands in the form of tourist bungalow and it is also considered to be a very attractive spot for a very peaceful vacation. The main intention behind constructing the lake was to channelize sufficient water to the district of Alwar and this aim was successfully fulfilled. Additionally, the lake and palace also added up to the beauty and the grandeur of Alwar. At present, Silliserh Lake Palace is a hotel that is managed and administered by Rajasthan Tourism Development Corporation and it is one of the most affordable hotels located in Rajasthan. The lake surrounding the hotel is now used by visitors for fishing, sailing and boating purpose. The best time to visit this place is between the months of July and March.

BB Mall is located at A-95A, Neelam Chowk, Phase-1, Industrial Area, Bhiwadi-301019, Alwar, Rajasthan, India and it stands as an ideal place for visitors who like shopping for shoes, apparels, bags and accessories. The mall consists of a wide range of retail outlets that can be used for shopping and these retail outlets are both international as well as local. The BB Mall has grown in popularity recently because of the growing trend of malls and multiplexes in the cities of India. BB Mall is a first of its kind mall in Bhiwadi and it is being expected that a number of other malls would also be soon springing up in the district of Alwar.

There are a large number of tourist spots located in Bhiwadi and they make for very good places for the tourists to spend their holidays.