Since Bhiwadi is located in Rajasthan, the sports sector of the city is found to be mainly dominated by adventure sports and most of the modern forms of sports are not found to be highly developed in Bhiwadi. There are a large number of adventure sports options available in and around Bhiwadi and they can be chosen for people who love sports of different types. Adventure sports can be practiced on a very large scale in Bhiwadi because of the fact that the most of the areas in and around Bhiwadi are found to possess an undulating terrain consisting of wildlife and villages. 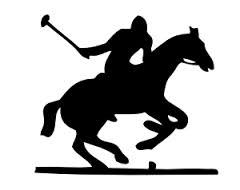 Popularity of Royal Sports in Bhiwadi

Culture and bravery are some of the things that go hand in hand when Rajasthan is the state that is being spoken about. All the cities and towns located in Rajasthan serve as daring examples of the culture and the bravery of the state and the same thing is also found in the sports activities that are practiced in Bhiwadi. Most of the sports that take place or carried out by the people of Bhiwadi are royal sports that represent courage and bravery and they include horse riding, archery, shooting and camel riding. Other ports that are found to be highly developed in the city are kite flying and gulli danda. The modernized version of Bhiwadi offers ample scopes for people who like to play games like polo and cricket. The modern games that are being played in Bhiwadi recently have replaced the traditional games that were being played in the city previously.

Bhiwadi does not possess any stadium or coaching classes for different forms of modern sports since it is a very small city and most of the modern forms of sports and their coaching classes are found in the district of Alwar. Stadiums are also not available in Bhiwadi because of the fact that the people of Bhiwadi are not very advanced, though some have showed interest in modern sports like cricket and polo recently.

Sports activities in Bhiwadi have not reached an advanced level but with the recent development taking place, the total scenario of the city is changing slowly but steadily.