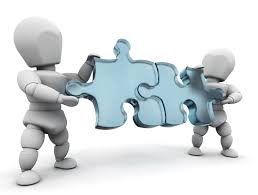 RIICO or Rajasthan State Industrial Development and Investment Corporation have also thought of developing dry port in Bhiwadi which would help in facilitating different types of value added services. The facilities that have been planned include transit yards, container sheds, railway siding, truck parking and warehouses. Other facilities would include customs clearance and excise payment. RIICO is also found acquiring excess land in the city of Bhiwadi for the expansion of auto complex which is already possessed by the city. The expanded auto complex would consists of a very unique unit for auto component and even an engineering zone that would possess a training center and tool room. This new automobile spot in Bhiwadi would generate investments upto Rs. 3000 crores and it would also create employment for more than 7000 people.

It is also found to be very high in Bhiwadi and it is only because of this reason that RIICO is also thinking to attract investment in genetic engineering, animal husbandry and biotechnology. In order to achieve this aim, RIICOP is looking forward to developing modern biotech parks in Bhiwadi.

Bhiwadi is fast modernizing in its infrastructural components and it is only because of this reason that the town has acquired the lifestyle facilities like that of a city. The most important factor that has contributed towards the economic and the industrial development of Bhiwadi is its location. Bhiwadi is located on a highway that is the Delhi-Jaipur Highway NH8 and this is one fact that has always played an important role in the development of the city. Bhiwadi has also emerged as city for those who cannot afford to buy homes or flats in Gurgaon in Delhi.

Another very important point that has contributed to the industrial development of Bhiwadi is the flawless supply of water in the city. The prices that are offered in Bhiwadi are quite reasonable hen compared to Gurgaon and people are able to get better facilities in Bhiwadi at an affordable price than in the other cities located close to Delhi.

Explore more about Business and Economy of Bhiwadi