Bhiwadi is majorly a census town located in Tijara tehsil of Alwar district in Rajasthan and it is found to be located on the border of the states of Haryana and Rajasthan. The city of Bhiwadi has recently been found to develop at very fast pace because of the establishment of a large number of small, medium and even large scale industries in this area. Previously the population of this city was around 33,831 which increased to about 104,883 in 2011. This is a three-fold increase that has been noticed in the population of Bhiwadi and the main reason behind this massive increase in population is that Bhiwadi has started off in the form of an industrial hub in Rajasthan and it has also transformed into a residential area recently. 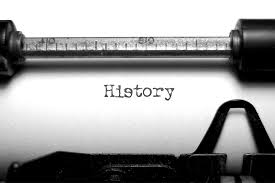 Insignificant Past but Bright Future

In the past, Bhiwadi was not so popular does it have any historical past. Much of history is found about the Alwar district in which the city is located. Bhiwadi itself does not have a glorious past to describe but the past of its surroundings and its district have played an important role in developing Bhiwadi in the form of an industrial town. Bhiwadi was a slow and sleepy town which did not have anything to boast of but recently the splurge that has taken place in the trade and the economy of Bhiwadi has created something that would be remembered in the history of India further. Bhiwadi has created its own history in the form of possessing some of the most popular and branded companies in the world and it is only because of its industrial development that it has been able to secure its place in the future of India.

It is the industrial development of the city of Bhiwadi that has created large scopes of income for the people of Bhiwadi and even for the ones who visit Bhiwadi in search of livelihood and employment. There can be absolutely no doubt in the fact that most of the sources of income that have been generated in Bhiwadi are because of the efforts of the Government of the state and also because of the hard work of the people living in Bhiwadi. The city of Bhiwadi has transformed itself from being a meager income earning town to a city with all the lifestyle facilities found in metro cities of India.

At present Bhiwadi is popular throughout India and around the world for its possession of some really big and huge estate players like BDI Bhiwadi Group, MVL, State Highway 25 and Terra Realcon Private Limited. The industrial growth of Bhiwadi has come as a boon for the people living in Bhiwadi and major advancements and transformations are being noticed in the lifestyle and the standard of the living of the people of Bhiwadi.

There is not much to say about the History of Bhiwadi but there are certain landmarks in the history of this city that have paved the way towards the economic development of the city.